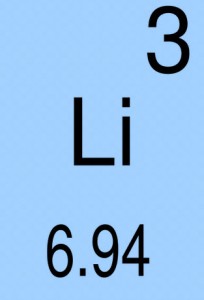 Does early lithium treatment for bipolar lead to better outcomes? This is the question that researchers sought to answer by looking at a Danish database of health information.

The Danish registry is a set of nearly complete health information on the population of Denmark (hence, studies using this database are more representative of the general population than studies from many academic centers in the United States, which treats a more severely ill patient population). In addition, it includes information that covers the entire lifespan of the population.

They had two different definitions of “early” versus “late” treatment, but, no matter how they divided the group, early treatment was associated with a better long term outcome – defined as the need for rehospitalization or the need for add on medications (presumably due to persisting symptoms).

“These results suggest that bipolar patients have a better response to lithium when treated early in the course of their illness. The worsening course of bipolar illness may indicate that the illness is associated with an active progression of brain abnormalities perhaps mediated by changes in neurogenesis, inflammation, apoptosis, and oxidative stress. Lithium’s known effect on neurogenesis may counteract some of these changes. The study is limited by a very strict definition of response — ability to do well on lithium monotherapy, which is not characteristic of most bipolar patients. Nonetheless, clinicians may consider telling their patients that failure to accept or adhere to treatment of their bipolar illness may result in a worsening course and a limited medication response.”