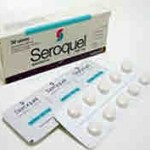 In a recent study comparing the efficacy of lithium and the second-generation antipsychotic quetiapine, the drugs had remarkably similar results. Researcher Andrew Nierenberg et al. presented the results at the 2014 meeting of the American Society of Clinical Psychopharmacology. By the end of the 6-month study period, most patients had improved substantially, but only about a quarter of each group became truly well.

One surprise for the researchers was that 24% of lithium patients and 27% of quetiapine patients required no other medications and improved on monotherapy.

While results were very similar for two drugs, lithium produced slightly greater side effects and produced slightly better results in patients with anxiety. This may have been due to those patients also receiving benzodiazepines, and the researchers are analyzing data to see whether the patients with anxiety did indeed receive this kind of adjunctive treatment. Quetiapine was slightly better in patients who had more manic symptoms.