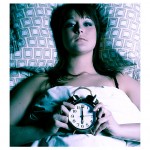 Chronotherapy for depression may be a very fast and effective treatment for suicidality, according to a preliminary study just published in the Journal of Psychiatric Research.

10 inpatients received what was called “triple chronotherapy” and showed dramatic and rapid reductions in suicidal ideation and depression.

Of course this is a very small sample and only one study. But it points to the powerful influence of circadian rhythms on mood.

This was not a particularly treatment responsive group of patients, either. On average the patients had been unable to tolerate or had failed 5.5 antidepressants for enrolling in the study.

The timing of the publication of this study is interesting, we have just, in this country, gone through the change from daylight savings time to standard time, a change which exposes all of us to asleep phase delay, which is been shown to consistently increase depression. Needless to say, the number of people in our clinic who have been coming in complaining of worsening of depression suddenly jumped.