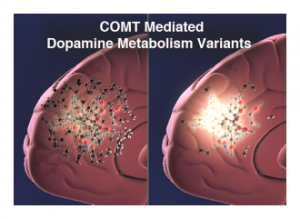 We have been using a relatively new assay from a company called Genomind (the Genecept test) in some of our patients with bipolar and/or depression.

The test involves a saliva sample which is analyzed for ten gene variants that may be useful in guiding treatment. So far we find that in about half of the patients with treatment resistant depression and/or bipolar the test is helpful – whether by suggesting modifications in dosing or by suggesting specific medications that may be useful or which should probably be avoided.

The assay tests for the genotypes of the –

More information is to be found on the Genecept website: